We are incredibly proud to have Ison Harrison as our headline sponsor. Their specialist teams of solicitors and lawyers offer a full range of legal services - both for you and your business. Their commitment to client care, quality of service, and commerciality of advice ensure they are firmly within the top 20 of law firms in Yorkshire. With branches across Yorkshire, including Ilkley, they really are the Leeds Law Firm.

We are delighted to announce that Booths have continued to sponsor the festival for a second year. Sited on the former Victorian gasworks and built using much of the original stonework, Booths at Ilkley is a dramatic, mordern design by Architects Farrell & Clark. The store’s unique design was recognised by the Bradford District Design Awards with a commendation in 2002. Pop along to Booths to pick up any quality snacks and drinks before your film.

A growing agency, currently with a team of four and a committed band of talented freelancers, they have been the real back bone of all festival P.R and marketing. They’ve worked for some of the best cultural clients and events around which means that the people who work there are usually readers, watchers, writers, singers, listeners, makers, bakers, geeks and keenos.

Ilkley Parish Council have been a vocal supporter and backer of the festival and have helped us establish ourselves to which we are truly appreciative.
They are based in the Parish Council Office on the first floor in Ilkley Town Hall and represent the parish on many outside bodies throughout the district and the county. The parish council supports many volunteers working to help young people, older residents and disabled parishioners in many different ways.

Bradford Metropolitan District Council has supported the festival since the start and is continuing to do so for the 2015 festival for which we are extremely grateful. One of our aims to increase film provision throughout the district, offer more choice to audience members and support local filmmakers.

Arts Council England champions, develops and invests in artistic and cultural experiences that enrich people's lives. We support a range of activities across the arts, museums and libraries - from theatre to digital art, reading to dance, music to literature, and crafts to collections. Great art and culture inspires us, brings us together and teaches us about ourselves and the world around us. In short, it makes life better. 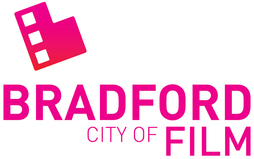 Bradford is the world’s first UNESCO City of Film. This permanent title bestows international recognition on Bradford as a world centre for film because of the city’s rich film heritage, its inspirational movie locations and its many celebrations of the moving image through the city’s annual film festivals. By 2020 Bradford will be the place to enjoy film, learn through and about film, make film and visit because of film. 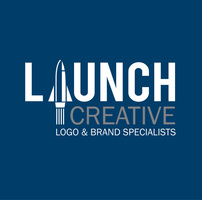 With over 15 years experience across the design universe, we feel that giving you a great piece of design really doesn't need to be rocket science.
Whether it be Logo Design, Branding, Print or Web based missions, Launch has developed a reputation for working closely with clients to define objectives and generate creative solutions that are both relevant and budget orientated.
www.launchcreative.co.uk